Place 20: Wild and lady-like at the same time – here the bob once again shows its versatility

Most women love their long hair. No wonder, therefore, that reaching for scissors is often difficult. However, there is a haircut that makes the walk to the barber much easier to put an end to the long lion’s mane: the bob is the one the women trust! And rightly so – there is hardly a hairstyle that is less complicated and more changeable than it is.

Even Cleopatra was a fan of the Bob hairstyle. In its classic version, it is cut about chin-length, it often adorns him a straight bangs – and he is definitely suitable for every hair type. Because the Bob conjures up volume in dull mane, but is also wonderful when the hair is full.

The inventor of the bob hairstyle

The father of the bob is often called the English star barber Vidal Sassoon. But this is only partially correct, because he actually reinvented it and took as a template the popular in the 1920s Garçon cut, which was almost revolutionary for women in those years: reaching to the earlobes, he fit wonderfully with the Flappers this decade, and it was worn either smoothly or in undulating waves. When Sassoon reached for the scissors in 1963 and made the Bob out of the Garçon cut, he was thrilled. “Shake it, baby!” Exclaimed the master coiffeur enthusiastically as he discovered that the hair fell back to the actual cut again and again, without the need for a great styling. 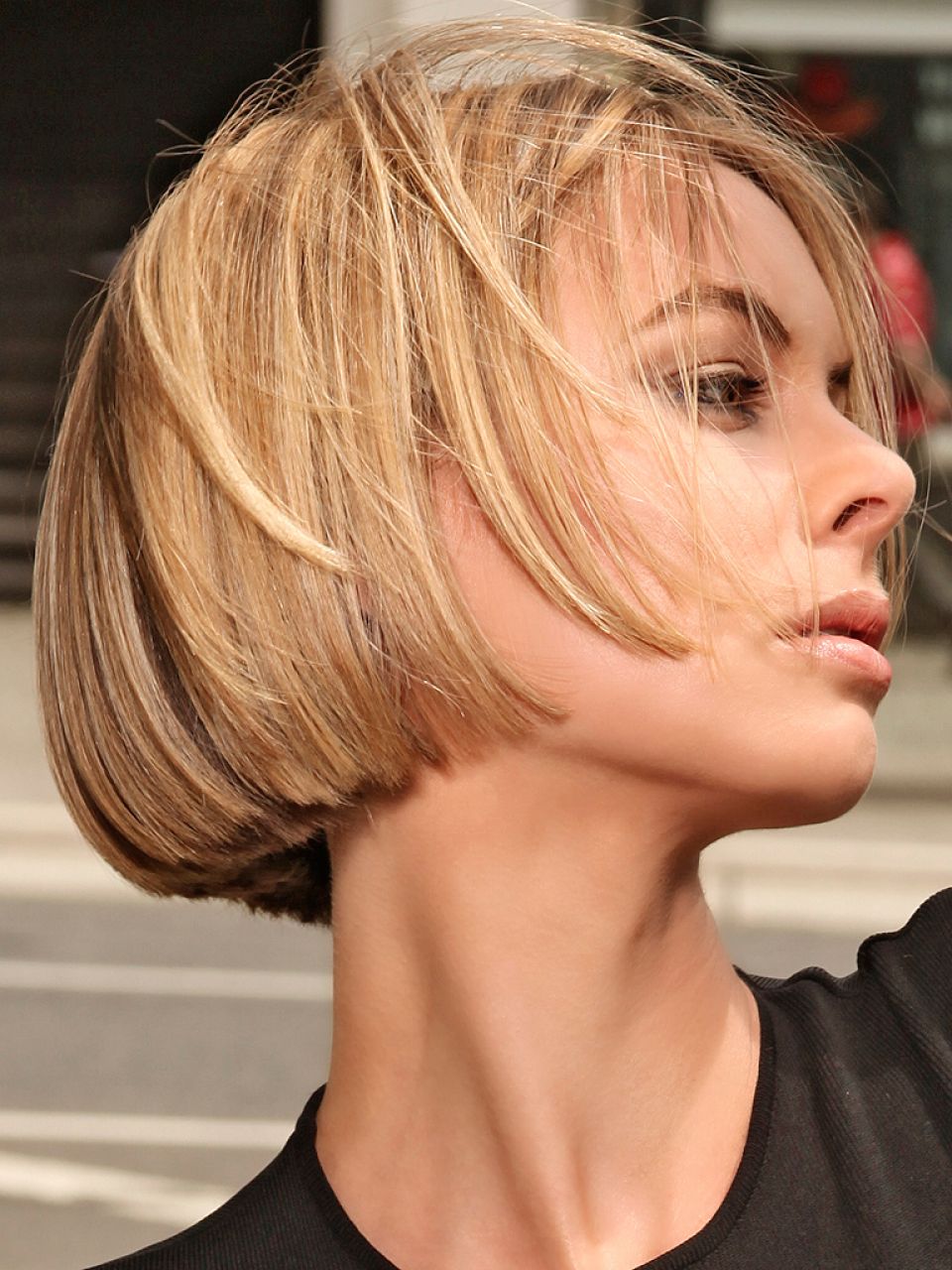 The Bob: a cut, many possibilities

Today, the bob is available in countless variations: from the clavi-cut to the shoulder-length version, the long bob – the bob is a true all-rounder that suits almost every woman. And for some it has become their trademark. For example, for Anna Wintour, editor-in-chief of US Vogue, who has been wearing a chin-length bobby with a pony for years. Whether stepped, with silted tips, with color or without – the Bob hairstyle is entrancingly straightforward, incredibly versatile and looks great even with naturally wavy hair. Bob hairstyles not only make it easy for their wearers. Hairdressers also love this haircut because it offers a wide range of styling options. Also, the looks that can be created with a bob haircut, could hardly be more versatile: Whether soft and feminine, modern and trendy, or even the strict, extravagant style with back strung strands or extremely short pony. It is important to note the face shape and to choose the matching bob hairstyle. Also the hair type has to be considered. If you are sure of this side, you can start with the new styling, in which hardly anything can go wrong. Our tip: girls, make half-time!

Sat Sep 29 , 2018
# 25: Wild at heart! In this hairstyle for medium-length hair, the perfect haircut with large steps is the basis for the casual look. When hairstyles are cut medium long, one usually speaks of a transitional length. But as unspectacular as this term might sound, medium-length hairstyles can be so […]

Straight and long hairstyles for women

We use cookies to ensure that we give you the best experience on our website. If you continue to use this site we will assume that you are happy with it.OkNo
Revoke cookies